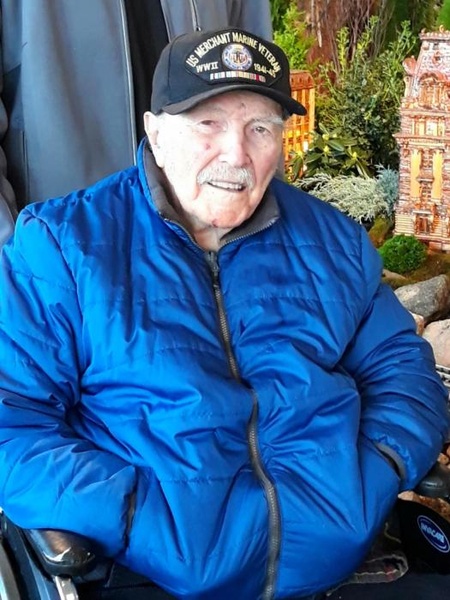 
Alexander Norman Bantz died peacefully on Tuesday, April 28 th , at The
Fountains in Tuckahoe. Whether he was, Dad, Grandpa “B”, Norman or
Buzz to you, you know he lived his long 98 years of life to the fullest.
Thankfully, he did not have Covid-19.
Norman lived at his beloved home in Crestwood, NY for over 60 years
before spending the past two years at The Fountains in Tuckahoe. He
was blessed to have the most wonderful group of caregivers, who loved
and appreciated his charm, stories, and dry humor.
We celebrate and commemorate his life with a certain sense of awe: not
to mourn, and not to be sad.
Norman married the love of his life, Gloria Feriola, in 1946. They were
married for 65 years leaving behind quite a legacy with 6 children, 13
grandchildren, and 20 great-grandchildren.
Dad was part of “The Greatest Generation.” He was a child during the
Great Depression. He was a twenty-one year old tugboat captain who
worked the supply lines in the South Pacific during WWII. He went to
the first post war Mardi Gras and said it was some party! He sailed on
an oil tanker after the war. He owned Foremost Paint for 20 years, and
retired at 50. He was a master beekeeper, head of his class when it
came to keeping honeybees, selling honey and his Cleopatra’s Secret,
and enjoying his mead. His ongoing passion and keen eye on the stock
market served him well during his life.
All who knew him will have Norman stories. Some are funny, some are
infuriating, but with that said, you have to admit that he was interesting.
He made us memorize poetry: ”Breathes there the man with soul so
dead…”. He quoted the Sermon on the Mount. One of his favorite
poems was “Trees” by Joyce Kilmer.
He was certain that if you knocked, the door would be opened for you.
We hope that Gloria, Rita, Freddy and Margie were waiting for him in the
old catboat that he sailed when he was a teen. May he sail on in peace.
Norman was cremated and will be interred at Gate of Heaven Cemetery
in Hawthorne, NY.
Due to the current situation, the family is discussing future Memorial
Services.

To order memorial trees or send flowers to the family in memory of Alexander Norman Bantz, please visit our flower store.