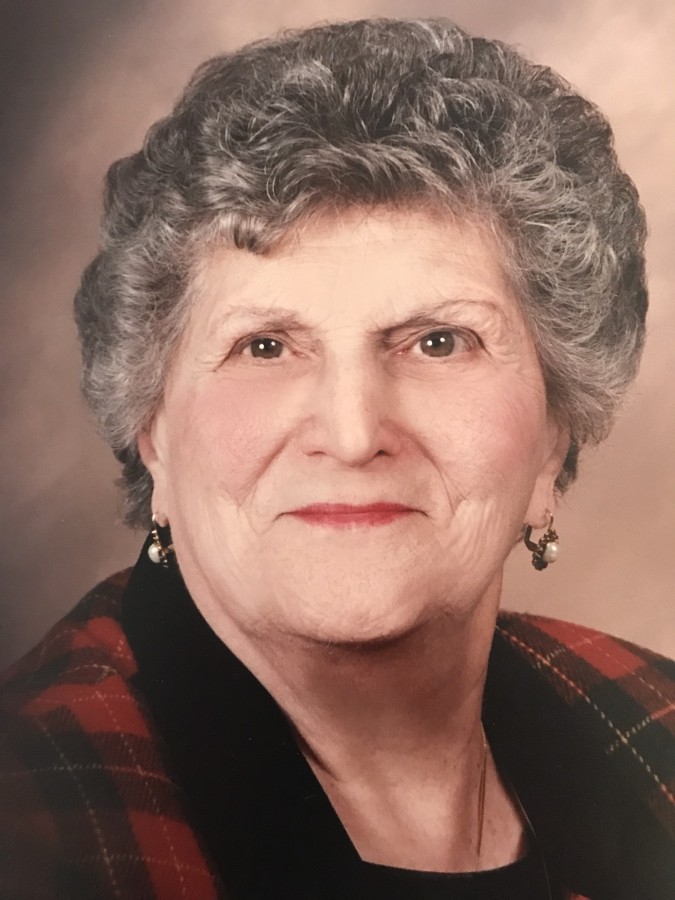 Angelina D’Amato of Cold Spring passed away peacefully on March 19, 2018 surrounded by her loving family.  She was 91.

Angie was born on April 11, 1926 at home in Jersey City, NJ to the late Philip and Maria Reale Percacciolo.  The Percacciolos moved to Cold Spring in 1937 where Philip opened his cobbler and shoe repair business on Main Street.  Angelina attended Haldane and was a 1943 graduate.  One of her fondest memories was playing the clarinet with the Haldane Band at the 1939 World’s Fair in New York.  After graduation, Angelina attended the Peekskill Business School.

Angie worked outside the home long before it was commonplace for women to do so.  After high school, she began employment at Selleck’s Law Office on Main Street, Cold Spring.  During WWII, she helped with the war effort by working in a rubber factory in Beacon that manufactured life rafts, for the Selective Service at Whitehall Place, and at West Point.

On November 24, 1946 Angie married Antonio “Tony” D’Amato at Our Lady of Loretto where she was a parishioner and a member of the Catholic Daughters.  Later, Angie was employed in the butcher department at the Grand Union in Cold Spring.  In the early 1960’s Angie began working as a clerk at the U.S Post Office on Main Street, a career that spanned over 30 years and made her well known through the Philipstown area.

The family would like to express its thanks to Angie’s devoted caregivers, Maria McWilliams and Kaley Pina and to Ellen Higgins and Susan Monroe of the Hudson Valley Hospital Center.

Contributions in Angie’s memory may be made to the Cold Spring Fire Company or to the Philipstown Ambulance Corps.

For Angie’s guestbook or to send a condolence, please visit www.clintonfh.com

To order memorial trees or send flowers to the family in memory of Angelina D'Amato, please visit our flower store.