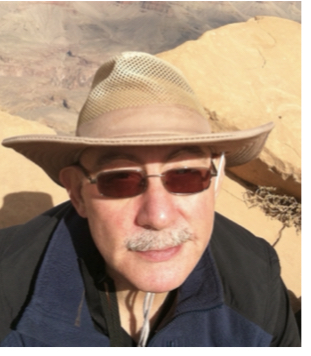 
Barry Robert Skura was born in Brooklyn on July 6, 1947 to Edith Polykoff and Jacob Skura. He was raised by his Aunt and Uncle, Helen and William Gladstone, in Valley Stream, New York. After graduating from Stony Brook University in 1969, he went on to receive a PhD in Sociology from the University of Chicago in 1975.
Early in his career Barry taught at the University of Minnesota, and later at the University of Rochester. A constant theme throughout his career was involvement in social activism, most concretely during his work in the 1980s as a community labor organizer in Dorchester, Massachusetts and Crown Heights Brooklyn.
Later, Barry took a job on the staff of the New York City Comptroller’s office under Liz Holtzman, and also worked as an Assistant Director, Corporate Reimbursement at NYC Health and Hospitals Corporation. While at the HHC, Barry was a key player in developing systems to effectively manage and assess governmental reimbursement at the local, state and federal level. He retired in 2015.One of his bosses at HHC commended him, noting that, without his efforts, it could not have served nearly so many New Yorkers.
Barry was an avid outdoorsman, well known for his skill as a hiker and backpacker. He served as Backpack Chair for the Appalachian Mountain Club New York, New Jersey Chapter, an outdoor club with over 12,000 members. For many years he was a trip leader, leading excursions to New Zealand, Sedona, Arizona ,the Appalachian and Smokey Mountains, as well as winter backpacks in the Adirondacks.

Barry met his wife Kathy on a skiing trip in Quebec in 2001.They married in 2004.Together, they formed “Hiking and Art,” and led a number of trips combining plein air painting and hiking in the American Southwest.
After retiring, Barry and Kathy moved to Glassbury Court in the Hudson Highlands and enjoyed exploring the many hiking trails in the area. Barry also continued his lifelong interest social activism, serving on the board of the Mid Hudson ACLU and Adirondack Mountain Club, and the local Aging in Place Committee. Deeply religious, he was also on the board of the Philipstown Reformed Synagogue.
He was well loved by his stepchildren and grandchildren, as well as his nieces and nephews and their children. He had a wide circle of friends who enjoyed his company and wisdom. He was known for his broad intelligence, extraordinary range of interests his quirky sense of humor, unfailing kindness and steadfastness. Barry was a master storyteller, but always listened carefully to others. He loved early jazz and had an extensive collection of vintage recordings.

While doing one of the things he loved best, hiking on a beautiful late spring day with friends, Barry suffered a massive stroke and passed away.
He is survived by his wife Kathy, stepchildren Paul and Shalem Hughes and grand- children Leah, Kyle, Rainer and Anton. He is also survived by his cousins Michael and Bernadette Gladstone, Rita Gladstone, Joseph and Vicki Gladstone. Nieces and nephews include Mara and Max, Cheryl and KaMan, Meghan and Will, Bill and Jessica, as well as their children.

He is mourned by all of the extended Gladstone, Yacoe and Skura families, as well as his many friends. He will be sorely missed.

To order memorial trees or send flowers to the family in memory of Barry Skura, please visit our flower store.