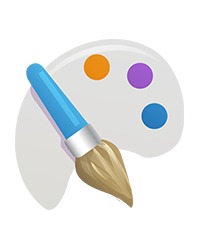 Carolyn P. Ross of Garrison passed away peacefully on January 6, 2022 at NYP Hudson Valley Hospital.  She was 86.

Born on November 26, 1935 in Burlington, NC to the late Wayne and Lucy Bivins Patterson.

Carolyn grew up in Boston and became a fashion model in New York.  She studied at the Art Students League under Mario Cooper.

In the late 1960’s she made 1 of a kind hand painted silk evening gowns that were sold in Sacks 5th Ave and Neiman Marcus.

She was known as a very generous person who donated to various charities during the year.

In 1967 she married Arthur Ross in Mexico.

Carolyn is survived by her loving husband of 54  years Arthur Ross of Garrison, along with a host of many dear friends.

At Carolyn’s request funeral services will be private, under the direction of Clinton Funeral Home- Cold Spring.

To order memorial trees or send flowers to the family in memory of Carolyn Ross, please visit our flower store.