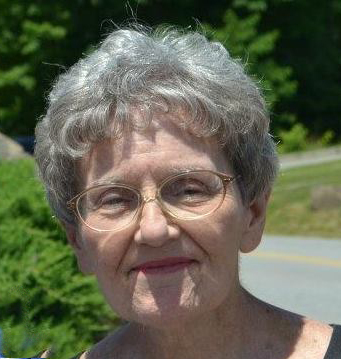 Catherine Keays Levine passed away peacefully on June 18, 2020 at Wingate in Beacon, NY, at the age of 86.
Catherine (Kay) was born on August 28, 1933, in New Hamburg, NY, daughter of the late Annunziata Pettorrosi
and the late Francis (Frank) Keays. She was predeceased by her husband, John R. Levine, and her brothers-in-
law Michael Levine and George Rapalje.
Catherine is survived by her daughter, Pamela (Dyson) Faulds, and her husband, Tim, of Fishkill; daughter, Lori
Moss, and her husband, Hugh, of Cold Spring, NY; daughter Patricia, of Beacon; son, John, of Fishkill, NY. Also
surviving are grandchildren Rebecca Sela, and her husband Dave; Emily Ivansheck, and her husband Zach; Colin
Faulds, Victoria, John, James, and William Moss; great-grandchildren Owen and Harper Ivansheck; niece Carole
McElduff, and her husband John; niece Christine Rapalje, and her husband, Keith; niece Anne Rapalje; nephew,
George Rapalje, Jr., and his wife, Lisa; great nieces Claire, Colleen, and Erin McElduff, and Hope Rapalje, and
great-nephews Jack McElduff and George Rapalje, lll. Kay is survived by her sister-in-law, Carole Rapalje, of
Beacon.
Kay was a 1951 graduate of Wappingers High School, in Wappingers Falls. In 1952, she married John (Jack)
Dyson; they later divorced.
In the late 1950s, Kay worked at Texaco Research Center, in Beacon, where she met John Levine. They were
married in Beacon on October 30, 1960. Shortly thereafter, John and Kay opened Riverview Restaurant, on Fair
Street in Cold Spring, and remained Cold Spring residents for the rest of their lives.
In 1968, Kay began working at Butterfield Hospital, in Cold Spring, first as Ward Clerk, then Medical Records
Technician and, eventually, the Director of Medical Records. She remained at Butterfield until it closed in 1993,
leaving only briefly to take a position at Putnam Hospital Center, in Carmel. She also served on the committee
for the annual Butterfield Hospital Fair for many years. After retiring, Kay volunteered for both the Putnam
History Museum and the Cold Spring Chamber of Commerce, working in the visitors’ kiosk on Main Street.
In 1969, Kay became somewhat of a celebrity in Cold Spring when she appeared on the television game show
Jeopardy, where she remained the defending champion for a full week. During the 1960s and 70s, she also
dedicated much of her time to the Girl Scouts of America, serving as a troop leader for hundreds of Philipstown
girls at virtually every level of scouting. Kay went on to serve as a Westchester-Putnam Council district chair
and organized a jamboree at Haldane Central School which drew girl scouts from around New York State.
An avid rock and roll fan, Kay began attending concerts in the mid-1970s. In 1977, she took her children to
their first real concert ever – Fleetwood Mac’s Rumours tour show at Madison Square Garden. Over the next
several decades, Kay attended nearly fifty concerts, the likes of which included Billy Joel, Jackson Browne, Eric
Clapton, Bruce Springsteen, Jethro Tull, Chicago, ELO, the Doobie Brothers, Gordon Lightfoot, Paul McCartney,
and the Rolling Stones.
During their 59 years together, John and Kay traveled extensively around the country, visiting nearly all 48 of
the continental United States. During the 1980s and 90s, they took their grandchildren Rebecca, Emily, and
Colin on some of these adventures.
Like her husband, Kay was a die-hard football fan, and the New York Giants were her team. She also got
immense joy from watching her grandsons, John, James, and William Moss, play for both the Philipstown Pop
Warner Seahawks and the Haldane Blue Devils. Anyone who knew her well will remember Kay's passionate,
albeit sometimes overzealous support of her teams.
Donations may be made in Kay’s memory to the St. Jude’s Children’s Hospital. Please visit www.stjude.org for
donation information. A memorial service, under the direction of Clinton Funeral Home, will be planned for a
future date. It will celebrate the lives of Kay and John, who were married 60 years ago in October.

To order memorial trees or send flowers to the family in memory of Catherine Keays Levine, please visit our flower store.