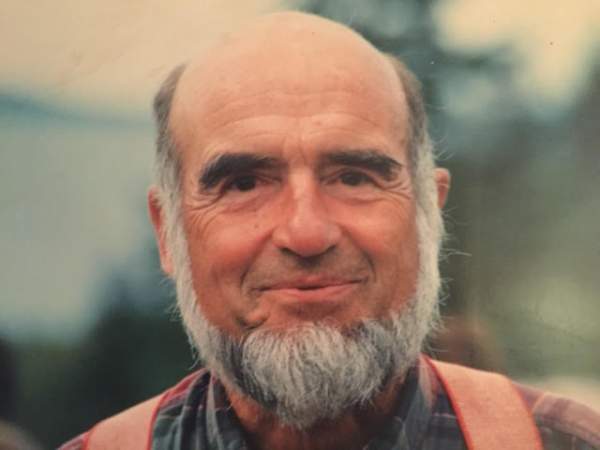 C. Peter Strong, 93, passed away peacefully on Saturday July 4 th , in Garrison, NY.
Born in NYC, he was raised in DC. Peter graduated from Putney School in VT in
1944, then served in the Marine Corps until 1946. He obtained an undergraduate
degree in sociology at Yale in ’48, then studied the cello in Paris before teaching
at Pine Cobble School in Williamstown, MA. In 1954 he obtained an M.S. in
Education from George Washington University and later, another M.S. in Political
Science from Columbia University. In 1953 aboard a 47’ yawl, Pavana, he
skippered a transatlantic voyage to Norway where his father was serving as
Ambassador. There he met and later married his wife of many years, Mette Hjort
Mathiesen.
Between 1954-1957 he was engaged in programming and policy at Radio Free
Europe, creating content supporting the Hungarian uprising. From 1959-1990
Peter served the American-Scandinavian Foundation, including 12 years as
President and 3 years as Chairman of the Board. He was also Chairman of the
Board of Bankstreet College of Education, Trustee of the Hattie M Strong
foundation and founder / director of the Conservation Society of Southern VT. In
the late 60’s he preserved thousands of acres of land and rivers in VT, while
pursuing his interest in natural resource energy and organic farming. Music,
sculpting, land conservation, riding, skiing, sailing and tennis were steady passions
throughout his life. Peter is survived by his beloved 6 children: Karin, Bente,
Ingrid, Berit Leif & Finn, and 9 grandchildren.
Funeral Arrangements are under the direction of Clinton Funeral Home-Cold Spring

To order memorial trees or send flowers to the family in memory of Corrin Peter Strong, please visit our flower store.