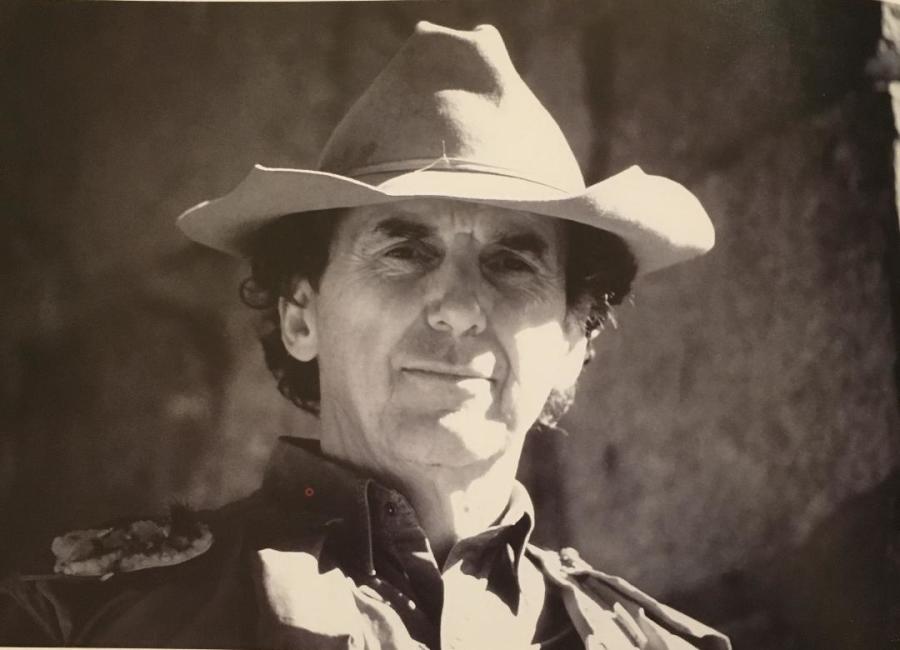 Don Nice, an internationally known artist, a football player, golfer, environmentalist, husband, lov ing and loyal friend, teacher and father, died on Monday, March 4 at after a long illness.  He was 86.

Don and his family lived in Garrison for over 50 years in an early 1800’s house on .  Don painted the and the confluence of natural forces: he had a life-long love affair with Nature, its animals, fish and birds and the iconic objects found in it. Don was never without a pen or brush:  painting, sketching, observing:  whether in the Rocky Mountains, the Adirondack woods, in Africa or the Caribbean, in Europe or closer at home in church, on a dock, or on his porch overlooking Constitution Marsh.

Nice had his first exhibition at age 14 in a local California library, through the encouragement of his aunt and grandfather, both painters, and went on to have one-man shows throughout the United States, Canada, Australia, Belgium, England, Holland and elsewhere.  He had more than 20 solo shows in and his work entered the permanent collections of more than 70 museums, including the Metropolitan Museum of Art, , the , the Century Association, and the Natural Resources Defense Council.  In 2018, Don was the recipient of the Lee Krasner award in recognition of his distinguished lifetime of artistic achievement.

Nice was raised in the in .  A cowhand and horse wrangler, he worked on ranches, and guided mule-pack trips in the .  He attended the on a football scholarship, he played football and ran track during the day and took art classes at night.  On a Fulbright in the influence of Oskar Kokoschka, and later by DeKooning and Pollock, helped develop his thinking and innovative devotion to representational imagery.  While in , he met a beautiful fashion model who became the love of his life: Sandra.  They married for over 58 years until her death in 2017.

In 1964, Nice earned a Master of Fine Art from and taught for over 20 years at the , becoming its Dean and inspiring many aspiring artists.  After moving to Garrison in 1969, Nice’s work focused on earth, fire, wind and water as power symbols of his own connection with the environment which in turn held great pertinence for the growing environmental movement.

Don Nice’s personal integrity and his warm and loving relationships with people were ever manifest in his life and his work.  He was a man of grace and graciousness, with a deep generosity of spirit.

Don is survived by his son, Brian Nice, his daughter Leslie Heanue and his grandchildren, Samantha, Macdara, and Devin Heanue, and Sarah Margaret Nice.   A memorial service will be held at St. Philip’s Church 1101 Route 9D in Garrison, N.Y on Sunday April 28 th at .

To order memorial trees or send flowers to the family in memory of Donald Nice, please visit our flower store.