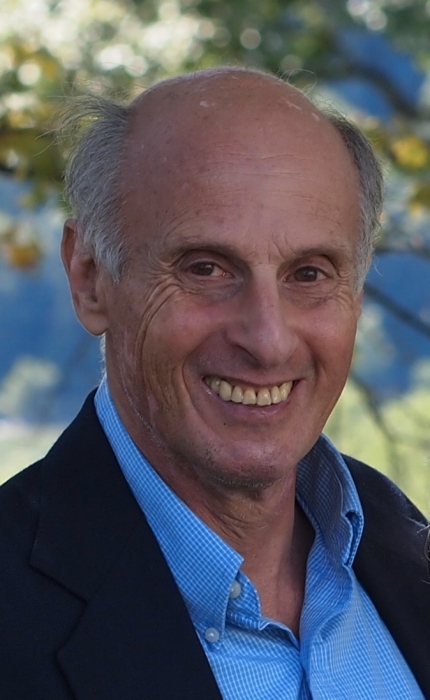 Dr. Howard Lionel Canaan, 77, passed away on Wednesday, April 1, 2020 following a sudden heart attack.  Born in 1942 in Forest Hills, Queens, to Dr. Robert and Evelyn (Blum) Canaan, Howard spent his childhood growing up in Fairlawn, New Jersey.  Graduating from Middlebury College in 1964 with a degree in English literature, Howard went on to receive his Masters and Doctorate degrees from Columbia University in 1965 and 1972.

Howard married Sibyl Heim on April 1, 1970 in New York City, where she was a student at Barnard, and together they moved to North Woodstock, in the White Mountains of New Hampshire, where Howard taught English literature at Plymouth State College, and learned to farm biodynamically.  Upon the birth of their first son, Nicholas, in 1979, Howard and Sibyl returned to New York and settled in Cold Spring, New York where their second son, Alexander, was born in 1983.

Howard was a distinguished professor of English literature at Mercy College for thirty-one years.  He served as President of the Faculty Association for several terms, as well as chair for Sigma Tau Delta, the English honor society, and he was engaged in Mercy’s first online teaching.  He received an honorary Master of Pedagogy degree from the college in 2002 before his retirement in 2012.  Howard was a quiet but effective leader whose ideas were valued and sought out by his colleagues.

Known for his wit, people loved Howie’s plays, epic poems, and Christmas newsletters, and he kept lifelong friendships.  Despite living with diabetes for fifty-six years, he practiced good health and enjoyed a vigorous and full life.  His hobbies included gardening, playing bridge, reading, and film; he was known to enjoy competitive games of go, chess, and monopoly with his friends and family.  Howard was a passionate baseball fan, rooting for the Brooklyn Dodgers and later the Mets, and his tenacity for the underdog permeated all aspects of his life.  In their retirement, Howard and Sibyl enjoyed their vacation home in Chinon, France, as well as fondly watching their grandchildrens’ upbringing stateside.

Howard is survived by his wife of fifty years, Sibyl, who resides at the family home, his brother Harvey, sons Nicholas and Alexander, and grandchildren Benjamin, Theodore, Annastasia and Margaret.

Dr. Howard Lionel Canaan was laid to rest on Monday, April 6, 2020 in the Cold Spring Cemetery in private services because of Coronavirus concerns.  A full memorial with family and friends to celebrate Howard’s life will be held at a later date.

In lieu of flowers, the Canaan family requests that donations be made to the charity of your choice.

To order memorial trees or send flowers to the family in memory of Dr. Howard Canaan, please visit our flower store.