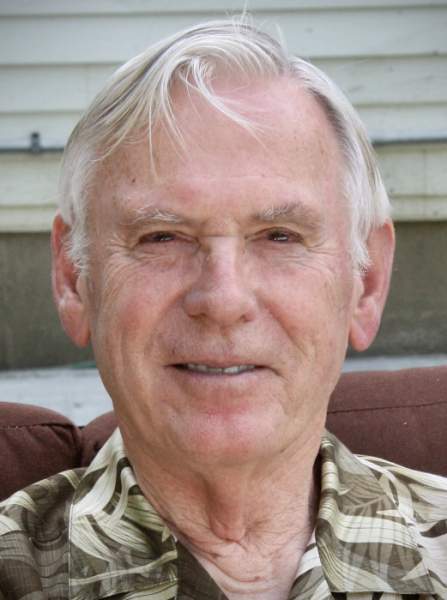 Robert Emerson Canfield, MD passed away peacefully at home in Cold Spring, NY on December 26, 2020 after a brief illness.

Bob was born on June 4, 1931 in Great Neck, NY to Lavergne Deyo and Louise Miller Canfield. Growing up he spent summers in Staatsburg, NY where he developed a lifelong love of the Hudson Valley and an abiding sense of his family roots there, dating back to the 18th C. He attended Lehigh University School of Engineering, and went on to study medicine at the University of Rochester, and to complete residency training in Internal Medicine at Presbyterian Hospital in New York City. Drawing on his engineering background, he entered Medicine with a keen interest in basic research and spent the next four years at the National Institutes of Health (NIH) in Bethesda, MD as a research associate in the laboratory of Christian Anfinsen. While there he laid the foundations for an approach to scientific investigation that would serve him throughout his career, but as importantly, established close friendships with a small group of colleagues whose interactions he would cherish lifelong.

Returning to New York in 1963, Bob joined the faculty ofColumbia University’s College of Physicians and Surgeons. His career spanned nearly 50 years, across research interests that included the fundamental mechanisms of cellular protein production, bone metabolism and the origins of Paget’s disease, and the hormonal changes of pregnancy, ushering in a new field of investigation into previously unrecognized early pregnancy loss. These efforts were conducted largely under the aegis ofNIH grant support and shortly before his retirement Bobreceived a letter from this agency informing him that he ranked among the top 5% of NIH-funded researchers nationally over the course of his career. Along with his research efforts, he was deeply invested in medical education, developing and directing a pivotal course in human biology for 25 years, highly innovative at the time for its multidisciplinary integration. He greatly enjoyed mentoring trainees in his lab and advising medical students as they strove to discern their own career paths.

Bob and his wife Carol, who predeceased him in 2016, enjoyed the Hudson Valley for over 30 years, including immersing themselves in the community of Cold Spring, NY, boating on the Hudson River, and exploring all corners of the world. Bob is survived by his children, Stephen (Mark Banco), Sara Carpenter (Scott), and Thomas and their mother Marilyn Kayner Canfield. He is also survived by his six grandchildren, James, Danielle, and Matthew Canfield of Danbury, CT, and Gretchen, Peter, and Emma Carpenter of Denver, CO, and his two standard schnauzers, Fredo and Sammy. Finally, he is survived by a host of close friends and family, including Urszula and Tadek Rzasaof Wappingers Falls, NY.

Funeral services will be private. Memorial contributions may be made to the Constitution Marsh Audubon Center & Sanctuary, P.O. Box 174, Cold Spring, NY, 10516 or to Boscobel House & Gardens (www.boscobel.org).

To order memorial trees or send flowers to the family in memory of Dr. Robert Canfield, please visit our flower store.