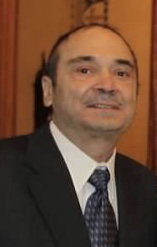 Frank graduated from Peekskill HS where he was a member of the Cross Country and Wrestling teams and the National Honor Society. He received his Bachelor’s degree from the State University of New York at New Paltz in 1969.

After graduating from college, Frank served in the military – U.S. Army serving with Distinction – and completed two tours of duty in Vietnam, earning the Bronze Star. After returning home from the war, Frank began his professional career in the electrical division of what is now Metro North Railroad. Frank recently retired after 44 years of service.

Frank was an avid runner and reader and enjoyed reading all types of science fiction, mysteries, and other genre. As part of his daily routine to work, he enjoyed walking the streets of Cold Spring, making various stops along the way, as he made his way to the train station. He also enjoyed all the local farmer’s markets and fruit stands, book sales at the local libraries, and getting coffee from the local deli. He loved spending time with his children, grandchildren and his family -  those were the special moments that gave meaning to his life.

Frank’s life will be celebrated in a Memorial Mass on Thursday, August 29th at 10 a.m. at Our Lady of Loretto Church in Cold Spring, NY. Burial will follow at Assumption Cemetery in Peekskill, NY. He will be greatly missed.

To order memorial trees or send flowers to the family in memory of Frank Caliendo, please visit our flower store.