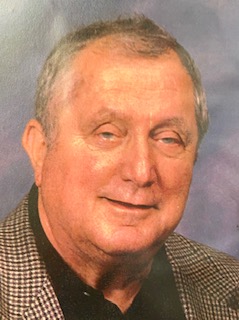 Frank Angelo Colasurdo of Cold Spring, former long-time resident of Garrison, passed away on March 4, 2022 at the age of 91. He was born in the Bronx on September 30, 1930. He was the loving son of Altibano and Helen (nee Belotti) Colasurdo. Frank graduated from The Mount St. Michael Academy and then went on to graduate with a BA in Business Management in 1952 from New York University. After graduation, he served in the Korean War in the U.S. Navy aboard the USS Kyne. In 1955, he married the love of his life Peg (nee Thornton). He and Peg enjoyed 67 years together and had six children. They named them all with the initial consonant “J.” They are James (Tracy) Colasurdo, Jean (Terry) Spooner, Jonathan Colasurdo, Joseph (Susan) Colasurdo, Julie (Brian) Murphy, and Joan (John) Koval. He was the proud grandfather of 16 and had seven great grandchildren who he cherished. He is also survived by his younger brother Robert Colasurdo, and a host of nieces, nephews, and friends.

In 1972, Frank opened Peekskill Beer and Soda Corporation in Peekskill. It was the third in a chain of discount beverage stores and a novel business concept at that time. He was active for many years with the Empire State Beer Association and was honored as Man of the Year in 1993.

The simplest pleasures in life brought Frank great joy. He loved his ripe garden tomatoes, a good backyard barbeque, an icy cold pilsner (only in a glass!), and the company of his beautiful wife and children. His life will be remembered at a wake at the Clinton Funeral Home, 21 Parrott Street in Cold Spring from 5 p.m. to 8 p.m. on Thursday, March 10. A funeral mass will be celebrated at Our Lady of Loretto, 24 Fair Street, Cold Spring on Friday, March 11 at 10 a.m. In lieu of flowers, please donate in his name to the charity of your choice.

To order memorial trees or send flowers to the family in memory of Frank Colasurdo, please visit our flower store.