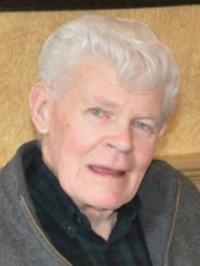 James V. "Jim" Doherty, 74 of Watervliet, NY and formerly of Nelsonville, NY, husband of Josephine Doherty, passed away peacefully in the comfort of his home, with his family by his side on Tuesday, December 20, 2016.

Born in Brooklyn on November 1, 1942, he was the son of the late Thomas V. and Florence (Larkin) Doherty. Jim was a 1960 graduate of LaSalle Academy in NYC. He proudly served in the United States Army in Korea and Vietnam from 1964-1966. He married Josephine Doherty on June 24, 1967, and the two have spent the past 49 years building a family and traveling the world together.

Jim was employed with the Metro North Railroad in Croton on Harmon as a Lineman and Line Gang Foreman for 30 years, and was previously employed by Western Union. Jim was a member of the Cold Spring Boat Club, the Cold Spring Fire Department and was a Life Member of the Southern Dutchess and Putnam Sportsmen Association. He was a longtime parishioner of Our Lady of Loretto Church in Cold Spring, NY.

In addition to his wife, he is survived by his children: Thomas V. (Barb) Doherty, Ph.D. of Irvine, CA. and Kathleen (Eric) Roberts of Loudonville, NY. Four cherished grandchildren: James, Jenna, Connor and Quinn as well as his sisters-in-law: Barbara Doherty and Mary (Michael) McCullagh and several nieces and nephews.

Jim is predeceased by his infant daughter Cristina, his infant granddaughter Hannah, his brother William Doherty, his brother-in-law John Doherty, and his stepfather John "Bepsie" O'Rourke.

Relatives and friends are invited to call on Thursday December 29, 2016 from 4-7 pm at the Clinton Funeral Home, 21 Parrott Street, Cold Spring, NY

In lieu of flowers memorial contributions can be made in Jim's memory to Our Lady of Loretto Church, 24 Fair St. Cold Spring NY 10516

To order memorial trees or send flowers to the family in memory of James Doherty, please visit our flower store.