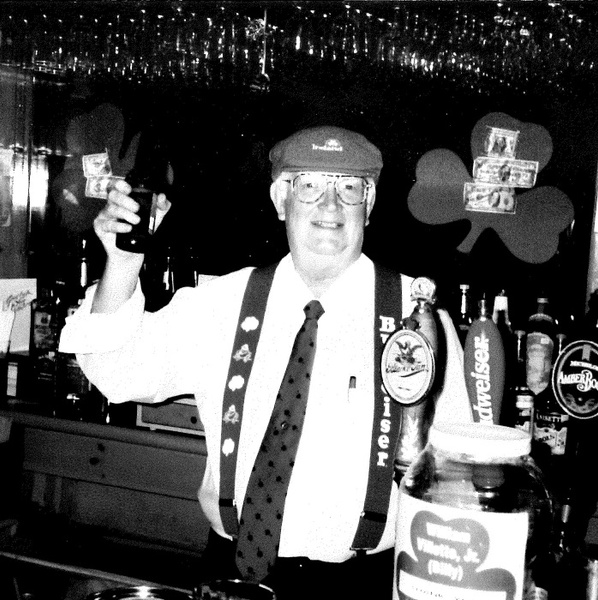 He is survived by his wife, Catherine (Kay) Levine, and sister, Carole Rapalje , of Beacon, NY. He was predeceased by his brother, Michael Levine, his brother-in-law, George Rapalje , and his lifelong friend, Robert Rutigliano .

John was a 1956 graduate of Haldane High School, in Cold Spring, NY, where he excel l ed in football and track . In the late 1960s, John was one of the founders of the Haldane Alumni Football Associ ation, which is still in existence tod ay, and honors a Haldane senior athlete annually with the George Ellis Memorial Scholarship .

In the 1950s, John helped manage his parents’ store, Marge’s Delicatessen, in Cold Spring. He later worked at Texaco Research Center, in Beacon, NY, where he met Catherine (Kay) Keays . They were married in Beacon on October 30, 1960. Shortly thereafter, J ohn and Kay opened Riverview Restaurant, on Fair Street in Cold Spring.

During the 1960s, John worked for Clinton Funeral Home and later began his own limousine service, Custom Livery. In 1968, John had the honor of serving as Barbra Streisand’s chauffer during the filming of Hello Dolly in Cold Spring and Garrison.

Also during the 1970s, J ohn worked for Pat and Nick Deluc c i a at Dockside Restaurant, at the majestic Cold Spring riverfront. Local patrons spent many a night belting out Billy Joel’s “Piano Man,” with particular emphasis on the line, “Now, John at the bar is a friend of mine; he gets me my drinks for free.”

After winning his first of three battles with cancer, in 1981, John embarked on his entrepreneurial venture of operating a coffee and newspaper stand at the Cold Spring Metro-North station, then known as Conrail.

In the 1990s, John was well-known as the bartender at Killeen’s on Main Street in Cold Spring, and later co-owned and managed Downtown, also a Main Street tavern. John’s final professional position was with Healey Brothers, in Beacon, NY, where he worked for the service department.

Anyone and everyone who knew John knew that football was his passion, and the New York Giants were his team, through the tough years as well as the triumphant ones. Beginning in the 1980s, he traveled to Canton, OH, nearly every year for the annual Hall of Fame induction ceremonies. The group that went to C anton varied from year-to-year; John was the constant, as he organized the excursion. On at least one occasion, he creatively maneuvered his way “behind the scenes” by impersonating a press reporter.

John was also an amateur photographer and an avid chef, and trav eled to New Orleans to attend the New Orleans School of Cooking. John and Kay, during their 59 years together, traveled extensively around the country, visiting nearly all 48 of the continental United States . In their early years, they took their grandchildren Rebecca, Emily, and Colin on some these adventures.

John was the life of the party and had many friends, far and wide, but some of his most treasured and lasting friendships were those he made in his homet owns of Beacon and Cold Spring. This included his treasured pal George Stevenson, who asked about John every single time, without exception, that he ran into one of John’s family members.

John will be missed by everyone who was fort unate enough to have known him. Donations may be made , in John’s memory, to the Halda ne Football Association, c/o Krissy Irwin, 740 Route 301, Cold Spring, NY, 10516, or the Haldane Alumni Football Association , c/o Michael Rapalje , 7 Cherry Street, Cold Spring, NY , 10516. A memorial service, under the direction of Clinton Funeral Home, will be planned for a future date.

To order memorial trees or send flowers to the family in memory of John Levine, please visit our flower store.