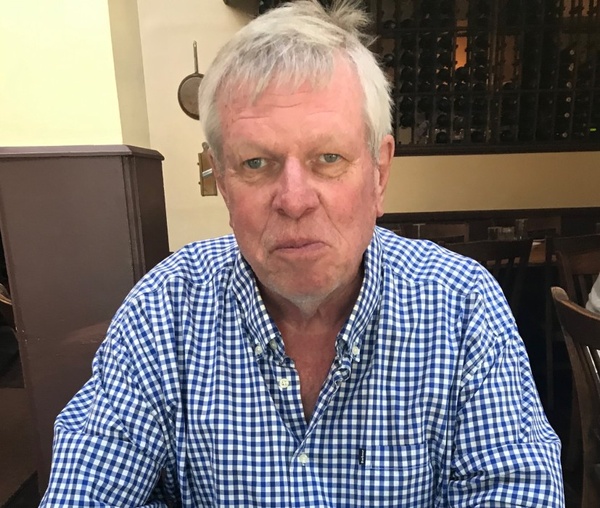 The world lost a good man on Saturday, May 2, 2020.  John Denis Sheeran, loving husband, father and grandfather, passed away at the age of 71 due to COVID-19 and complications related to the stroke he suffered last October.   John was born in New York on July 5, 1948 to John and Jean (Pring) Sheeran.  John most recently lived in Cold Spring, NY with his wife of forty-seven years, Maureen.  Over the course of his life he lived in other locations throughout New York State which include Riverdale, New City, Centerport, Manhattan, Jeffersonville, and Garrison. He also spent time at family summer homes in Montauk and Loch Sheldrake (The Catskills).

John received a Bachelor of Arts degree from Fairfield University, CT and went on to work over thirty-six years in the Financial Services end of the insurance industry.  He was highly respected as Senior Vice President in charge of Directors and Officers Liability programs.

John and Maureen married in August of 1972 and raised three children, Brittany, Mariel and Cailean.  Through the years, John always enjoyed bringing his family on vacation to places like Newport, RI, Tybee Island, GA and what he considered the perfect location, Martha’s Vineyard.

John was preceded in death by his parents and beloved son, CaileanWalker Sheeran. He will be missed by his wife, Maureen, daughter Brittany (Joseph) and grandchildren Sienna, Tristen and Hayes who live in Ashland, MA.  He is also survived by daughter Mariel Cornelland his grandchildren Dexter, Chase and Tatum who live in California.  He left behind three siblings, Peter (Texas), Patricia (Las Vegas) and Claire Levin (Virginia). John was an Uncle to three nephews, Peter, Willem and John and two nieces, Jennifer, and Rebecca who also survive him.

Many would say John possessed a larger than life personality and that that he will be most remembered for his sense of humor and playfulness.  He was very articulate and had a special way with words.  John had a great love and appreciation for his friends and family and was proud to organize ways to bring them together including events like annual trips to Austin, TX, countless concerts, cocktail parties and corporate outings which he made sure were also family focused.

If you knew John, you knew he was a life-long Boston Celtic fan and also a self-acclaimed Celtic who lived his life focused on pride, loyalty and camaraderie.  He enjoyed watching and playing sports including basketball and tennis.  John also had interests in movies, books, art and his biggest passion, music.  These were often topics of his discussion and he also was generous in gifting CD’s, DVD’s and books so others could learn, enjoy and be exposed to his favorites.  Either at home or dining out, John always enjoyed fine wine, good food, a great pizza and a nice cold beer.  In his later years, John found much joy in decorating beautifully themed cigar boxes which he would sell at local galleries and markets.

A celebration of John’s life will be held later on in the year when COVID-19 restrictions have been lifted.

We believe that John would appreciate any donations you might want to give to be made to: Columbia University Medical Center, Lyme and Tick Borne Disease Research Center, 1051 Riverside Drive, NY NY 10032 Attention : Dr. Brian Fallon (noting that donation is in memory of both Cailean Walker Sheeran and John Sheeran)

To order memorial trees or send flowers to the family in memory of John Denis Sheeran, please visit our flower store.