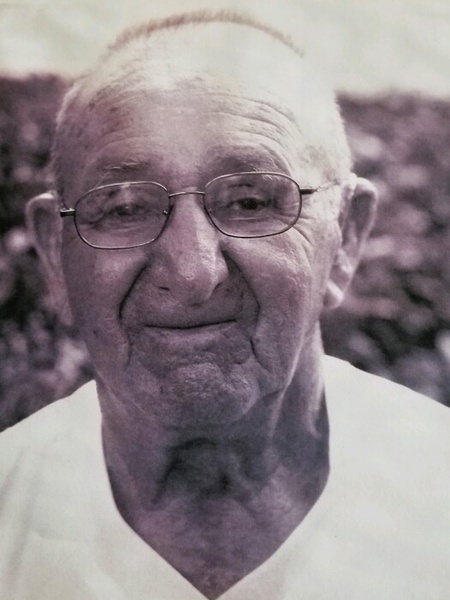 Joseph was born on April 22, 1918 in Cold Spring to the late Giuseppe and Francesca Botta Etta.

Joseph graduated from Haldane in 1938 and enlisted in the United States Army serving his country during WWII, where  he participated in three invasions: North Africa, Sicily and Normandy.  In 1947, he returned to Cold Spring, where Joseph married Catherine Fitzgerald.

A Carpenter by trade he was a member of the Carpenters Union.

Joseph was very involved in Cold Spring.  He helped build the VFW Hall where he was a member, he was the Cold Spring Building Inspector and an honorary member of the Cold Spring Fire Company.  April 22 will forever be remembered as Joseph Etta Day.

Joseph is survived by his children Steven Etta, Philip Etta, Joseph Etta and his wife Lorie, Maureen Etta and Joann Ehrenreich and her husband Don along with 8 grandchildren and 10 great grand children.  Joe is also survived by numerous nieces and nephews.

He was predeceased by his wife Catherine Etta on October 10, 1998 and 6 Brothers and Sisters.

Due to the current pandemic funeral services and burial will be private.  Joe will be laid to rest alongside his wife in Cold Spring Cemetery with military honors.

To order memorial trees or send flowers to the family in memory of Joseph Etta, please visit our flower store.