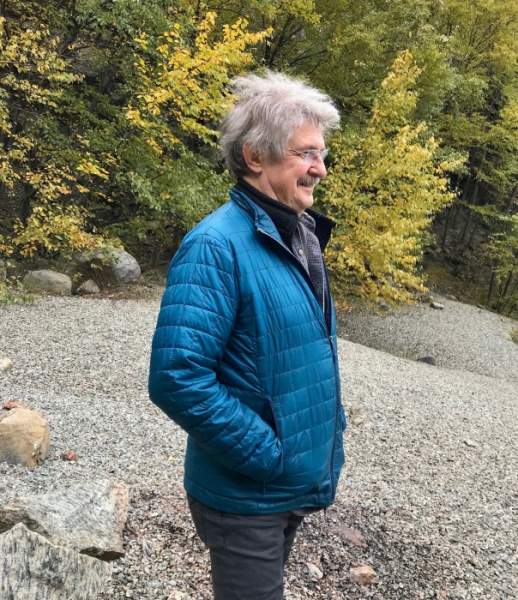 Born in Charleroi, Pennsylvania in 1943, Joe was proud of his working class roots and the fact that he had worked in a steel mill as a young man.  His father, a steel mill supervisor, instilled in him a love of opera and Shakespeare.

Music, poetry, the night sky, hiking, his family, the God of light and social justice were the passions of his life.  He was ordained as a Presbyterian minister in 1968.  In 2013 he retired as senior minister of South Presbyterian Church in Dobbs Ferry after 30 years of service to that congregation.  During his tenure there, he founded the Midnight Run, which now coordinates over 1000 volunteer relief missions a year, bringing food, clothing and friendship to homeless people in Manhattan.

In the 90s Joe was deeply involved in the struggle for equal rights for LGBT people in the Presbyterian Church, USA.  He risked losing his ordination when he performed same-sex marriages before gay marriage became legal in the denomination.  He also founded the Dobbs Ferry Food Pantry at South Church, which is going strong and is, sadly, more needed now than ever.

Joe was known by his congregations as a most eloquent, provocative preacher, and a writer of prayers that many have collected and turned to over the years.  He had a unique ability to make people feel connected to the “God beyond all the gods, Mother light to all light, Kind creator of this world. . . “

Joe leaves behind a family he adored – wife Rachel Thompson, daughters Schuyler Ford and Adrienne Galeas and their husbands Chris Ford and Bryan Galeas; step-sons Django Wexler and Cody Wexler and their wives, Casey Blair and Diana Raimondi.  And the recent lights of his life – 9-month-old grandson Jack Galeas, 6-week-old Mia Wexler, 3-year-old Chloe Wexler, and 15-year-old Stella-Grace Ford.  He is also survived by his grieving brothers, Ron and Cramer and their families, and his beloved sister Elizabeth Nara and her husband Tom.

He was a fiery celebrator of life, a revered teacher and healer for countless people, and a deeply grateful man.  He said

“Let “Alleluia” be our walking song:

Private Funeral Services will be held.

In Lieu of Flowers Please Make Donations in Joseph's memory to Midnight Run.https://midnightrun.org/

To order memorial trees or send flowers to the family in memory of Joseph Gilmore, please visit our flower store.