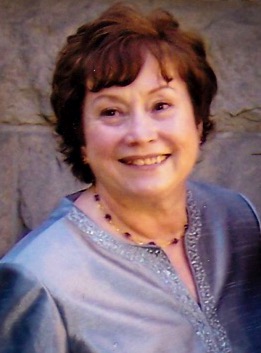 Julie Rose Burggraf of Milford , Delaware passed away on February 6, 2019 of complications from dementia.

Julie Rose Bowers belonged to a line of brave women who saw their tasks to completion. She wanted to be a nurse from a young age, but other work, marriage, and then family diverted her from that goal.  She married Christopher Burggraf and in 1970 they settled in Cold Spring.  When her two daughters were old enough, Julie started a progression from home health aide to licensed practical nurse.  At the same time Julie took in her parents, caring for them until their deaths in 1982 and 1984.  Her husband Christopher, a combat-injured Vietnam veteran, also required care until his death in 1997. Under the mentorship of senior VA nurses and licensed practical nurses, Julie worked steadily toward her goal, winning the VA Secretary’s Award for Excellence in Nursing in 1990. She often observed that she’d mastered her practical training as a nurse—doing all the tough procedures—at home, long before she read about them in nursing textbooks.  She passed the nursing board exams at age 50, and continued working at the VA hospital in Montrose NY for another 15 years, finally retiring in 2010.

Julie inspired her daughter Karen to become a nurse, and would go on, after retirement, to teach her sister Christine, a certified nursing assistant, many valuable lessons and finer points about being a caregiver.  Julie lived in Cold Spring until 2016, when she moved to Milford, Delaware.

Julie delighted her VA co-workers with a wicked, sarcastic, Irish sense of humor that could find a laugh in any ghastly situation.  Yet she was unfailingly devoted to her nursing teams and the welfare of her patients.  She made many great friends at the Montrose VA, staying in touch with regular holiday messages.  After moving to Delaware she became a favorite among her care staff at Milford Place, entertaining them with witty observations about life and activities there, and stories about Ireland.  She never forgot her nursing instincts, often helping other residents.

Though always delighted to receive praise, Julie wasn’t convinced that she lived a life of consequence to others, and would be gently surprised that she left so many in grief at her passing, yet so very grateful to have known her.

Julie is survived by her daughters Karen Mary Burggraf Jeannotte (Neville), Clare Burggraf Alves (Mike); her  grandchildren Matthew, Aiden and Christopher Jeannotte, Caitlin and Ryder Alves; Her sister Christine Bowers,Her Brother Edward Bowers (Janet); and sister-in-law Judy Burggraf.   She was [redeceased by: her Husband Christopher, 1997; A sister Patricia Bowers in 1994; her father Patrick  in 1984,and her mother Katherine, 1982.

For Julie’s guestbook or to send flowers please visit www.clintonfh.com

In Lieu of Flowers, please donate to the American Humane Association, at

To order memorial trees or send flowers to the family in memory of Julie Burggraf, please visit our flower store.