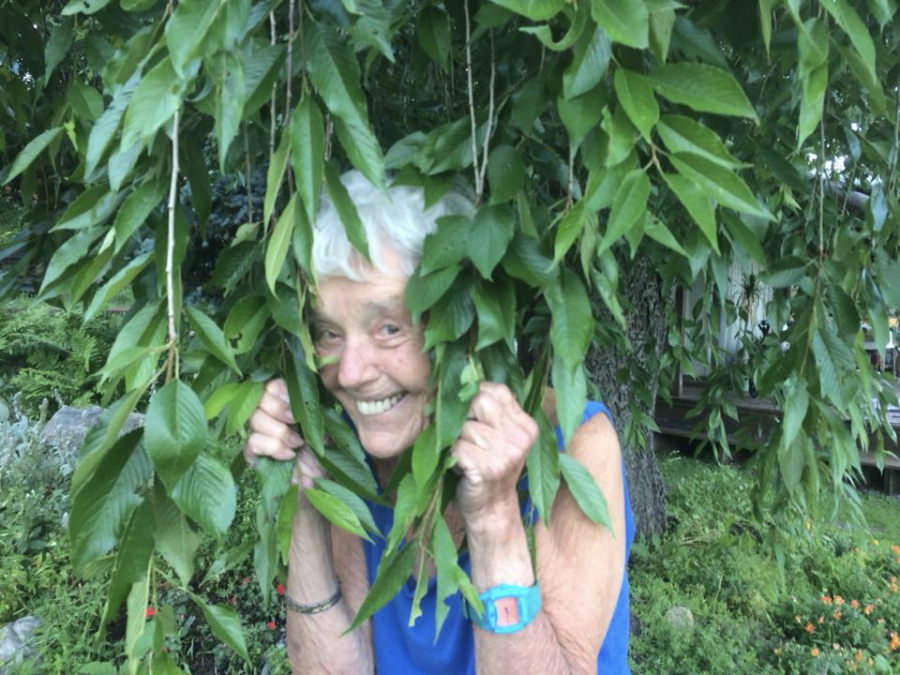 Leona Margaret Hauff Dushin departed this earth on Saturday, July 31, 2021 in Peekskill, NY at the age of 95. Leona was a colossal influence on the community as she touched the lives of thousands of horse lovers, mostly young riders, teaching on her farm in Garrison, NY for nearly seven decades. In the late 1990s, Leona was honored as a U.S. Pony Club Legend as the District Commissioner of the Garrison Horse and Pony Club which she founded and commissioned for 47 years.

Born to Frances (Chinery) and Leonard Hauff in Whitestone, NY, she developed an affinity for horses as a young girl while loitering at her grandfather’s barns that housed his horse-drawn shipping yard.  Much to the dismay of her parents, she took an adventurous year off college to join the Ringling BrothersCircus, doing trapeze acts, riding elephants and of course, horses.

Following her graduation from Queens College with a Fine Arts Degree, Leona began a career in interior decorating at B. Altman and Company in midtown Manhattan. Through a friend, she was introduced to Frank Edward Dushin, and after dating some time, she reluctantly followed him to Northumberland, England where he was an adjunct professor teaching architecture.  They subsequently married there. After traveling throughout Europe in a camper van, they returned to the States and moved to Garrison, NY after the birth of their first child, Christine Frances. The property they purchased came with a horse, which propelled what would become her mainstay in the community as a riding instructor. Frank applied his craft to design their home—with Leona’s input, of course—which is still perched on the hilltop at Manitou Farm. After four more children, she and Frank separated in 1971 and divorced in 1985.

Leona’s life was filled with caring for horses, teaching riding, and embarking on fearless adventures with friends and family, locally and worldwide. Her favorite pastime was plotting new and engaging exercises for her students to gain mastery with horses. Her heart would sing when kids ran up to her, announcing how good their pony was after a lesson. She would retort with a great big smile, “It was you who was good… they listened to you!” In 1980, she established the Leonard Russell Hauff Foundation for Therapeutic Riding, an organization dedicated to teaching horseback riding to children and adultswith emotional and physical disabilities, and which continues to be active today.

When she was not enmeshed with equines, Leona loved singing and playing classic tunes on her ukulele (often making up her own verses to add to an already amazing recollection of lyrics), painting, reading, visiting museums, learning history, traveling to remote places around the world, and of course, watching Jeopardy.

She will be missed by many and is survived by her children Christine, Karl, Russell, Frederick, and Margaret; her grandchildren, Cole, Sam, Eleanor, Alexander, Luca, and Clara; two sisters-in-law Dorothy Dushin and Theresa Hauff; cousins, and numerous nieces and nephews.

To order memorial trees or send flowers to the family in memory of Leona Hauff-Dushin, please visit our flower store.