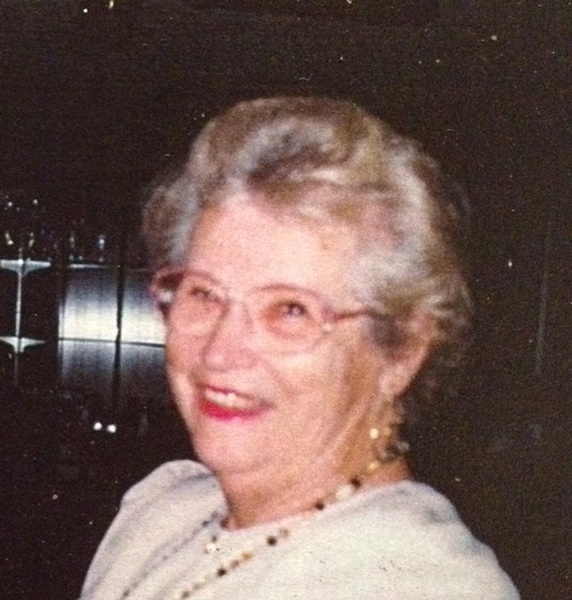 Marie Klubnick Baranowski passed away peacefully on May 16, 2017 surrounded by her loving family.  Marie was born on April 7, 1922 to Zaite and William Reilley in Cold Spring, New York.
Marie graduated salutatorian from Haldane High School and after graduation worked for several years in NYC.  Marie enlisted in the United States Coast Guard during WWII as a member of the Spars, where her duties included playing French horn in the Coast Guard orchestra, performing for the troops.  After the war, Marie returned to Cold Spring and married Francis J. Klubnick.  Marie and Frank were active in many Cold Spring organizations; Our Lady of Loretto, Girl Scouts, Little League, CYO and Knights of Columbus.  Marie and Frank were married for 52 years and had 4 children.
Marie worked for Dr. Hall, Dr, Joseph Klein and later as a teller and assistant manager  at the Fishkill National Bank in Cold Spring.  She later become the manager at the Brinkerhoff branch.  Upon retirement, Marie and Frank moved to Englewood, Florida, spending many delightful years at their beloved Polynesian Village.  After Frank’s death, Marie attended a grief support group, where she met and later married Raymond Baranowski.  Ray and Marie spent the next 16 years traveling, attending concerts and watching sunsets from their favorite bench on Englewood Beach.  Upon Raymonds’ death, Marie moved back to the Hudson Valley to be near her children.  Marie is survived by her children; Kathleen DeCaro and her husband Louis of Cold Spring, Patty Klubnick-Vogt and her husband Ron of Stormville, Michael Klubnick of Cold Spring, and Dennis Klubnick and his wife Maaike of Putnam Valley.  Marie's grandchildren are David DeCaro and his wife Heather, Mark DeCaro, Luke DeCaro, Coralyn Klubnick Simone and her husband Adam, Hannale Klubnick, Emmelia Klubnick, Drew Scecina and his wife Laura, and Will Scecina and his wife Julie.  Marie's great grandchildren are, David DeCaro II, Shea Marie DeCaro, Abigail Simone, Oliver Simone, and Nathaniel Scecina.
Marie is predeceased by her sister Dot Kiesbye and her brother William Reilley
Visitation will be held on Tuesday May 23, 2017 from 5-8pm at the Clinton Funeral Home, 21 Parrott Street, Cold Spring.  A Mass of Christian Burial will be celebrated on Wednesday May 24, 2017 at 10am at Our Lady of Loretto Church, Cold Spring.  Interment will follow in the Cold Spring Cemetery.
In lieu of flowers, donations may be made in Marie's memory to, St. Jude's Children’s Hospital,  262 Danny Thomas Place, Memphis, TN 38105, or to the Alzheimer’s Association, 2 Jefferson St . #103, Poughkeepsie, NY 12601.
To Light a candle or to send a sympathy message, please visit www.clintonfh.com

Charitable donations may be made to:

To order memorial trees or send flowers to the family in memory of Marie Klubnick Baranowski, please visit our flower store.