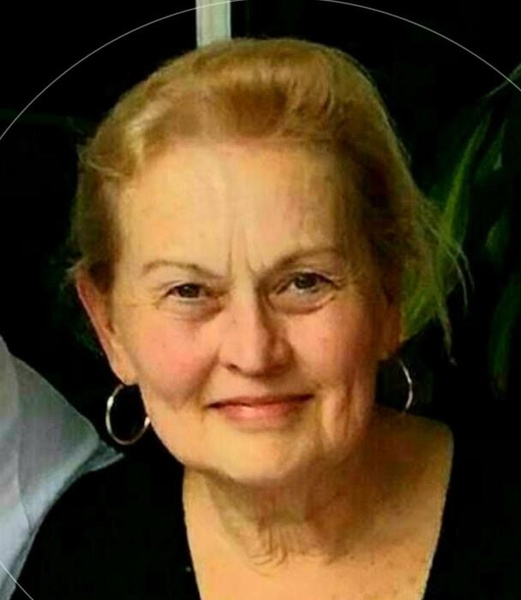 …passed away peacefully at NYP Hudson Valley Hospital on May 11, 20 20. Lynne was a devoted wife, mother, grandmother and friend. She was born on April 22, 19 43 in Ossining, New York to Mr. Harold John Brundage and Marjorie Naess Brundage .  She grew up in Edgemont , NY and attended Edgemont High School .

She married Nicholas H. Tryforos in 1962 and had two beautiful daughters, Electra Tryforos Bokanoski , and Laura T ryforos Schiele. She lived and raised her family in Scarsdale N Y. In April of 1984, s he married Benjamin A. Padilla. The couple moved briefly to Toledo, Ohio before returning to live in the New York area in late 1985.  She worked closely with Mr. Padilla in his engineering business and at the Berlin Steel Company , in Berlin CT, where she was the International Marketing and Operations manager .  She retired in 2006 .

Lynne was a life-long caregiver for all those who came into her life.  She volunteered at her favorite organization the Graymoor Friars of Atonement in Garrison, NY. She was inspired by those at Graymoor and found great fulfillment supporting their important work. Lynne introduced herself to the Friars of the Atonement several years ago and had become the volunteer extraordinaire. She was very involved in assisting the friars with many of their Benefactor Appreciation Days fundraisers in support of their ministries and many clerical activities. Lynne was known for her kindness, generosity, concern and willingness to help in whatever needed to be done. She became instrumental in recruiting other volunteers and in spreading the word about F riar’s Founder, the Servant of God, Fr. Paul Wattson , SA, and the Friars and their ministries. She helped to feed the poor, clothe the naked, visited the sick, and was a friend to all those in need. She often referred to those with whom she worked with as “angels” while in fact she herself was one. She is sadly missed but now shares eternal joy.

Lynne often said she and Ben were blessed with support from a large community of friends in Cold Spring , NY.  Lynne cherished life and was grateful for her family and opportunities to travel i ncluding, trips to C hina, Europe, Argentina, Turkey, Gua temala for her grandson Alex’s adoption and to Arizona for her granddaughter Nicole ’s recent graduation from college .  Her family and friends will greatly miss her loving support, inspirational letters and messages.

In lieu of flowers, donations in Lynne’s memory may be made to the Graymoor Friars of Atonement, an ecumenical community, known for their many works including helping families in cris is , the disadvantaged, and the addicted to restart their lives . Fr. Emil Tomaskovic , SA, P.O. Box 30 0 , Garrison, N.Y. 10524 , or www.atonementfriars.org . Co ndolences may be made by visiting Clinton Funeral Home’s tribute wall at www.clintonfh.com

To order memorial trees or send flowers to the family in memory of Marjorie Lynne Padilla, please visit our flower store.