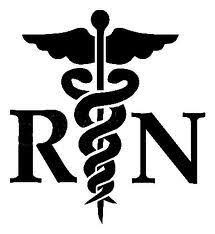 
Mary Louise Matthews passed away on December 12, 2017, due to complications from Parkinson’s disease. She was 73. Her husband Michael J. Tully pre-deceased her in 2010, after 23 years of marriage.
Mary Lou was born on May 12, 1944 in Toronto Canada to the late Ronald Frederick Matthews and Fleda Irene Gordon. She graduated from the Branksome Hall school in 1963 and obtained her diploma in nursing from Women’s College Hospital School of Nursing in Toronto in 1966. Later she received her certificate of Neonatal Intensive Care from George Brown College in Toronto. Mary Lou was an obstetrics RN specializing in high risk births. She worked in Toronto, Saudi Arabia and Good Samaritan Hospital. She retired from nursing in 2006.
After marrying Michael, they traveled the world. They lived in New York, Sydney, Amsterdam and the Hudson Valley (Cold Spring & Garrison). Mary Lou and Michael sang in the Putnam & Taghkanic Chorales and in the choir of the First Presbyterian Church of Philipstown.
From early childhood to just a few years ago, Mary Lou would enjoy summers at the family cottage on Deer Island, Honey Harbour, Ontario on Georgian Bay. This place was her haven and spiritual home throughout her life.
She is survived by her brother John (Linda) Matthews of Cold Spring, NY, her cousins Doug (Mary) Cooper and Jodi Cooper in Canada. She leaves behind her step children Michael Tully Jr, Patrick Tully, Sean (Hope) Tully, Thomas (Allyson) Tully, and grandchildren Zachary, Alexandra, Julianna, Kristina, Alessandra, Parker, Connor & Chase. She will be remembered by her many friends in New York, New Jersey, Canada & The Netherlands.
The family would like to thank Dr. Cynthia Ligenza and the 3rd floor nursing staff at New York Presbyterian Hudson Valley Hospital for the care and compassion they gave Mary Lou in her final days. We would also like to thank Debra Haigler & Joan McBride-Jones for their assistance to Mary Lou at the Bethel Springvale Inn.
A memorial service will be held at a later date. If desired, donations may be made to the Parkinson’s Disease Foundation  www.pdf.org
For Mary Lou’s guestbook or to light a candle  please visit www.clintonfh.com


To order memorial trees or send flowers to the family in memory of Mary Matthews, please visit our flower store.