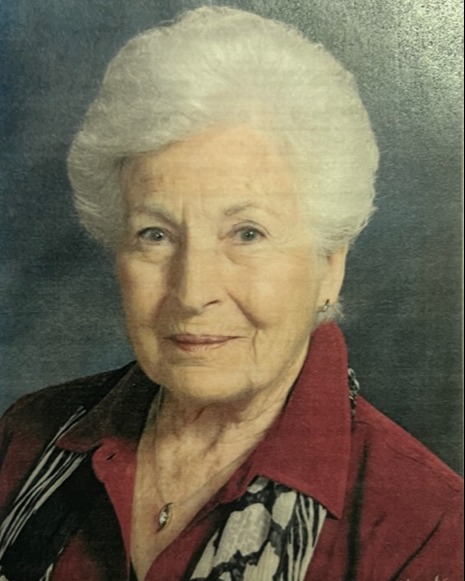 Maude Rutherford Kahrs (91), died peacefully in her sleep at her residence in Phoenix, Arizona in the early hours of October 12th 2022.

Maude graduated with a Bachelors Degree in Education from SUNY Potsdam in 1952.  On December 27th the same year she married her husband of 52 years, Herman Kahrs of Pomona, N.Y.

Growing up on a farm had made Maude want to experience bigger things in life. Maude became an avid homemaker and she excelled at it.  Her early life as a farmgirl had unforeseen benefits when it came to creating a home for her family.  Maude braided rugs, hand quilted quilts, embroidered linens and sewed drapery and pillows.  She dry-laid stone walls, cut hair, baked pastry, tapped sugar maples and boiled the sap down for maple syrup.  She refinished furniture, doctored injuries, reupholstered antiques. She stripped wallpaper and put it up.  A slow day might include gardening, canning and mowing the lower field on the riding mower. Watching her work could make a teamster need to lie down.

Both Maude and Herman loved to entertain.  The holiday dinners were remarkable feats of culinary planning and preparation. It was their way of showing family and friends how important they were to them.

Maude’s husband, Herman was the devoted love of her life and partner in crime.  Herman owned The Platzl Brauhaus, a family catering restaurant. Maude helped out at the restaurant whenever she could. They met on a blind date through Maude’s roommate at Potsdam, Nancy Jacobsen.  Together they built a family of 2 boys and 2 girls, 6 homes; 3 built, 3 bought, cats, dogs, rabbits, guinea pigs and hamsters and a life together of ups and downs, some hardships with much love and caring for each other.

A graveside service will be held on Thursday October 20, 2022 at 12:00pm at Cold Spring Cemetery.

For Maude’s guestbook or to purchase flowers please visit www.clintonfh.com