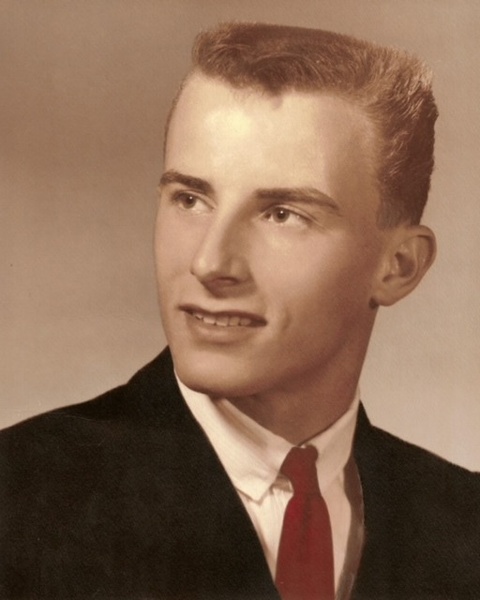 Michael G. Allen was born in Peru, Indiana on January 25, 1944,  and grew up in Winamac, Indiana.  His parents were Ida Lucille (nee Lerch) and John Coleman Allen.

Michael graduated from Winamac High School in 1962 and attended Vincennes University and Ball State College.  In April of 1966, he entered the United States Army.  While he was stationed at West Point with the 57th Military Police Company he met his future wife and married Cheryl Milkovich on July 8, 1967.  While in the military he received the National Defense Service Medal, Good Conduct Medal, Sharpshooter (Rifle M-14), and Sharpshooter (pistol .45) awards.  He also served in the reserves until 1972.

He loved spending time with this family, especially trips to the Jersey Shore and trips back home to Indiana.  He enjoyed taking day trips to the casino, where he was known to hit an occasional jackpot.  His love of Notre Dame Football and Indiana University Basketball is something he instilled in his children.  He loved watching his grandchildren play Hockey and was so proud of them.  He was always willing to help anyone, a true gentleman with a kind heart.  He will be sorely missed by his family.

He retired from Metro North Commuter Railroad in June of 2004 after 36 years of service.

Besides his wife of 55 years, he is survived by his son, Michael G. Allen, Jr. and his daughter Cherilyn Mallia (Mark) and his two grandchildren who called him Poppy, Michael Joseph Malla and Olivia Marie Mallia.  He is survived by his three sisters, Linda Bridegroom, Sandra Roth, and Rebecca Allen of Indiana, several nieces and nephews, and his lap partner, granddog Chole. He was predeceased by his mother and father, his brother John Oscar Allen, and his daughter-in-law, Marion Allen.

Visitation will be held on Wednesday October 12, 2022 from 4-8pm at Clinton Funeral Home, 21 Parrott Street , Cold Spring, NY.  A Mass of Christian Burial will be celebrated on Thursday October 13, 2022 at 11:00am at Our Lady of Loretto Church, 24 Fair Street, Cold Spring where military honors will be rendered at the conclusion of the mass.  Interment will be private.

Funeral Arrangements are under the direction of Clinton Funeral Home- Cold Spring
To order memorial trees or send flowers to the family in memory of Michael G. Allen, please visit our flower store.