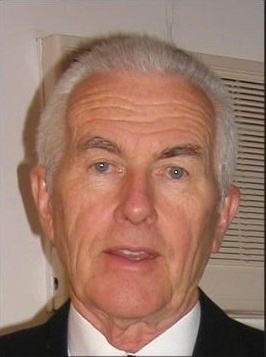 Michael was born on December 26, 1935 in Brooklyn, NY to the late Michael and Anne Slane McCullagh.

Michael proudly served his country by enlisting in the United States Navy. After he was honorably discharged he graduated from Kingsborough Community College, in New York City.  He worked for 45 years as a Construction Analyst for Housing and Urban Development (HUD).  Throughout his career, he supervised the construction of large building projects, such as multi-story apartment complexes, senior citizen housing and nursing homes. His work can be seen throughout New York State, the New York Metropolitan area as well as in the Hudson Valley. He marched religiously in the Saint Patrick’s Day Parade in New York City for most of his life, playing the flute in the County Tyrone Marching Band for many of those years.

He had a great love for the beauty of nature, working outdoors, and caring for plants and trees. He is survived by his devoted wife Mary (Doherty) McCullagh, loving children Patricia McCullagh PsyD of Arlington, VT, Michael McCullagh and his wife Moriah of Colchester, VT, cherished grandchildren Maeve, Kaitlyn and Keira McCullagh and dear sisters Maureen McGuire and her family and Susan Shohet, loving wife of Jack Shohet. Also survived by brother-in-law Frank McGuire and sisters-in-law Barbara Doherty and Josephine Doherty.

Michael was predeceased by his brothers Peter and Eugene McCullagh.

To order memorial trees or send flowers to the family in memory of Michael McCullagh, please visit our flower store.