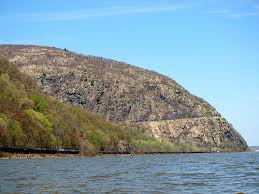 Michael Anthony Peparo, aged 69 of Cold Spring, passed away peacefully at his home in the early evening of October 12, 2017. Born in Cold Spring, N.Y. on November 3, 1947, he was the son of Charles Peparo and Rita (Nolan) Peparo. Michael was a graduate of our Our Lady of Loretto school in 1961, Haldane High school in 1966, and Dutchess Community college in 1968. Michael retired from the roads, grounds, and buildings department at the United States Military Academy at West Point.  A self-proclaimed wordsmith, he always had a dictionary open and was constantly noting interesting words and their meanings. He was an avid reader and enjoyed writing himself, especially poetry. Some of Michael’s writing was used by local artists as song lyrics that found inspiration from the Hudson Valley. He also prided himself as being a wonderful conversationalist, as many can attest, he was always interesting and entertaining to talk to. Michael was also known by many as “Coach.” He was involved in the Philipstown recreation department, Philipstown little league, and local Babe Ruth organizations for many years. To Michael, mentoring and teaching the right way to play the game was important. With a unique sense of humor, he created lifelong memories for many of his players. Michael truly was one of a kind and will be missed. He is survived by his two sons Josiah and Ryan Peparo, his daughter Helen, Josiah’s wife Kristen and granddaughter Adriana. Michael also leaves behind his sister Dorothy Gilman of Garrison.

Friends are invited to call at the Clinton Funeral Home 21 Parrott Street, Cold Spring on Wednesday, October 18th from 5-7pm. A Mass of Christian burial will be held at Our Lady of Lady of Loretto at a future date yet to be determined.

For Michael's Guestbook or to send a sympathy card please visit www.clintonfh.com

To order memorial trees or send flowers to the family in memory of Michael Peparo, please visit our flower store.