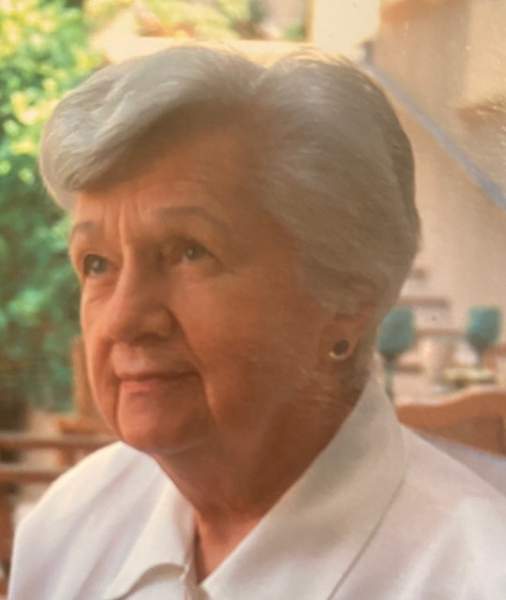 Muriel McCallum, a 47 year resident of Philipstown passed in the wee hours of September 10, 2020.  Affectionately known as “Moo”, she was born on October 6, 1925, to Philip and Alice Miller Martin in Stamford, Connecticut.

Muriel was a 1943 graduate of Stamford High School and went on to graduate from Short’s Secretarial School.  She was secretary to the mayor of Stamford, Charles Moore and worked at the firm Moore and Epifanio.

On June 11, 1950, Muriel married John G. McCallum at the First Presbyterian Church in Stamford.  John predeceased her on March 11, 1992.  Along with John, her daughter and son-in-law, she owned and operated McCallum Chevrolet-Pontiac-Buick, Inc., in Fishkill for 27 years.  She was one of the first female automobile dealers and was a member of New York State Automobile Dealers’ Association.  Moo taught Sunday School, was a Cub Scout den mother, Girl Scout leader and after retirement, a literacy volunteer.  Her lifelong love of playing cards started with her standing at her parents’ tableside.

Moo is survived by her son Peter McCallum and his wife, Carroll, of New Canaan, Connecticut, and her daughter Cynthia and her husband Anthony D’Amato of Hopewell Junction.  She leaves her grandchildren, John “Jack” McCallum MD, of Redondo Beach California and Catalina McCallum and her fiancé, Gregg Larkin of San Francisco, California.  Also, her sister, Audrey Balassie of Bennington, Vermont, special cousin Kathleen Nixon-Lancelot of Milton, Georgia, nieces, nephews and cousins.

We will celebrate Moo when we can gather safely.  In these unprecedented times, Memorial Donations can be made to the Food Bank of the Hudson Valley, 195 Hudson Street, Cornwall, New York 12520.

To order memorial trees or send flowers to the family in memory of Muriel McCallum, please visit our flower store.