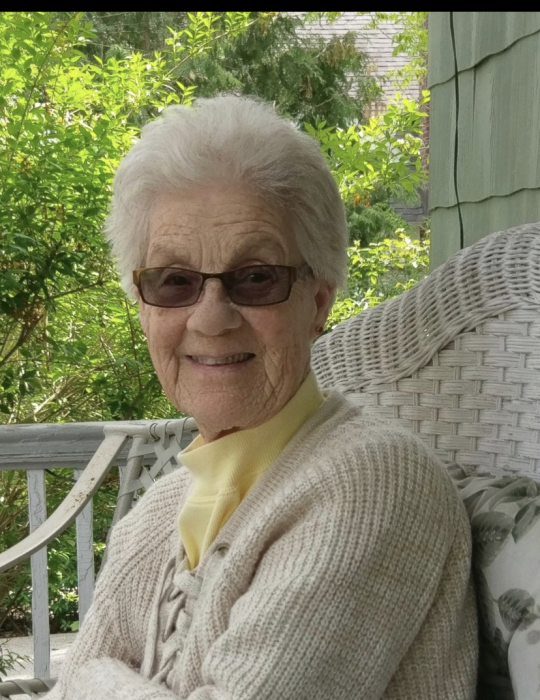 LAWRENCBURG – Nancy Lee Russell Hastede, age 87, passed away peacefully at her home in Lawrenceburg, KY surrounded by her family on Saturday, October 23 rd 2021, after a heroic battle with Alzheimer’s for ten years.

Nancy was born May 25, 1934 in Poughkeepsie, NY; a resident of Millbrook, NY during her childhood years.  She married her sweetheart on July 15, 1956 in Millbrook, NY.  They were happily married for 65 years.  They resided and raised their family in Nelsonville, NY.

Nancy began a career as a dental hygienist and once she had children, she happily became a full-time devoted mother.  She was a devoted member of St. Mary’s Episcopal Church of Cold Spring, NY.  She served on the altar guild and as a Sunday school teacher for over 40 years.  Nancy volunteered for many organizations such as The American Cancer Society, The March of Dimes, and was a Brownie Troop leader for many years.  She enjoyed participating in family interests such as, swimming, skiing, skating, softball, bowling and playing cards. She was a huge supporter to her husband, Richard, as he pursued his musical interests.

She was predeceased by her parents William and Marion Russell, her brothers, James and Gilman Russell, her twin sister Janet Scott all of Millbrook, NY; and her great-granddaughter Natalee Hytinen.  She is survived by her loving and devoted husband, Richard of Lawrenceburg, KY (formerly of Nelsonville, NY); a daughter, Alice Stewart (Patrick) of Lawrenceburg, KY; a daughter, Donna Bosco (Ralph) of Poughkeepsie, NY; and a son, William Hastede (Joseph) of Atlantic Beach, FL.

Nancy will be missed by her grandchildren; Catherine O’Connell (James), Ralph Bosco (Christine), Melissa Sams (Jay), and Matthew Bosco (Erin).  She was blessed with great-grandchildren; Christian Hytinen, Audrey O’Connell, Aiden O’Connell, Logan Bosco, Isabel Bosco, Hunter Bosco and Jaxton Sams.  Nancy is also survived by several nieces and nephews and their families.  Nancy was happy to show support and encouragement to her loving family.  It was always with great pleasure to be involved with them and share their interests.

If desired, in lieu of flowers, donations can be made in memory of Nancy to the Alzheimer’s organization and/or Bluegrass Hospice Care, Frankfort Office, 643 Teton Trail, Frankfort, KY 40601 .

To order memorial trees or send flowers to the family in memory of Nancy Lee Russell Hastede, please visit our flower store.