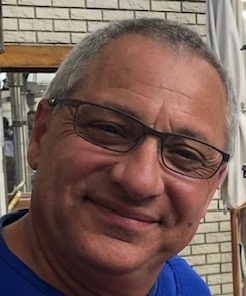 Nicholas R. Donato, III, age 60, passed away suddenly on Sunday, July 3, 2022.  Born in North Tarrytown, NY on April 20, 1962 to Nick and Sophie Donato.  He is survived by his 2 sons, Michael and Nicholas Donato (Teresa), as well as his beloved fiancé, Maureen Athow. Additionally, Nicky had one brother, Kenny Donato (Teresa) and one sister, who was also his best friend, Pam Donato-Hustis (Davey). His nephew KJ Donato, nieces Danielle, Marie and Amanda Donato, and his Godchild Alyssa Hustis also survive him, as well as his cousins Johnny and Jimmy Somers (Julie) and the mother of his boys, Camille Donato. He is pre-deceased by both of his parents, his nephew Christopher Hustis, and his beloved Labrador, Bella.

Nicky was a member of Teamsters Local 456 and worked at Peckham Industries, where his energetic personality will be sorely missed. Nicky grew up in Ossining NY and graduated from Ossining High School in 1980.  He was on the hockey team and was an avid hockey fan. The NY Rangers were his favorite team..so much so that he named his lab puppy “Ranger.” He was also a long time, dedicated Yankee fan. He loved being outside, working in his pristine yard and enjoying the comfort of his pool.

Nicky was best known for his larger than life personality and everyone said that he lit up a room the minute he entered. He always had a story to tell, usually with a funny ending, and usually at his own expense.  Nicky had countless friends with whom he kept in touch with…from his school days, to his men’s softball league and hockey teammates.  He was a loyal friend and would help anyone if they needed it. Nicky was a wonderful friend, caring neighbor and people instantly loved him the first time they met him.

The loss of Nicky will be a difficult one to all who knew him because he left an indelible mark on so many lives. To them, the world will seem less funny, smaller and a little bit sadder, knowing that Nicky’s bright light has gone out.  His memory will live on through the numerous stories people will tell of his antics, surely bringing a smile to faces who share even the smallest of recollection.

Friends are invited to call at the Clinton Funeral Home, 21 Parrot Street, Cold Spring, NY on Thursday from 5 to 8 PM and Friday from 4 to 8 PM. Funeral services will take place at 1 PM, Saturday, July 9 at the Clinton Funeral Home with graveside services immediately following at the Cold Spring Cemetery. Nicky will be laid to rest inside a family mausoleum, beside his nephew with his mother there as well.