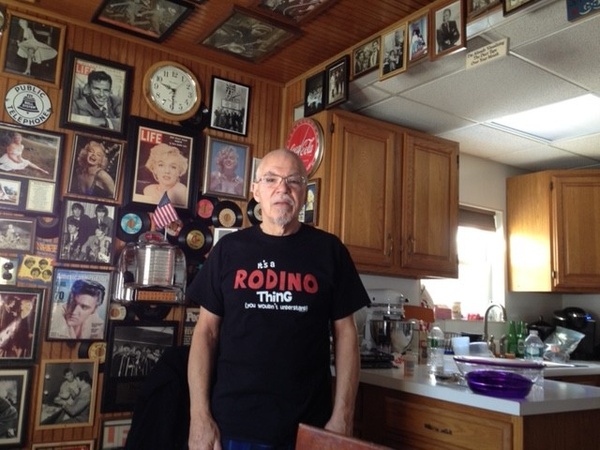 Robert L. (Roe) Rodino, 76 of Buchanan, NY passed away on May 17, 2020 at the Tarrytown Hall Care Center, Tarrytown, NY.  Born in Peekskill, NY on February 7, 1944, Roe was the son of the late Salvatore and Geneva (DiPietro) Rodino.  He was a 1962 graduate of Peekskill High School. He was retired from the Laborers Local 235 in Elmsford, NY. Roe had a passion for collecting autographs  and sports memorabilia since he was a child.  Roe was a lifetime NY Yankee and Mickey Mantle fan.  He also was an avid golfer.  On July 1, 1989 he married Jerralyn Clothier who survives at home.  In addition to being survived by his wife, he is survived by his son, Robert L. Rodino, Jr. of Georgia and his daughter Nikki Cowart (Chris) of Monroe, NY.  He is also survived by 6 grandchildren, Christina Woods, Kayla Darby, Anthony Rodino, Hayley Cowart, Jake Cowart and Evan Cowart and 4 great grandchildren.  His only brother, Ronald Rodino (Betsy) survives in Fuquay Varina, NC and he was uncle to several nieces and nephews as well.

Due to the ongoing health crisis, funeral services will be for the immediate family only under the direction of Clinton Funeral Home, Cold Spring, NY.

To order memorial trees or send flowers to the family in memory of Robert Rodino, please visit our flower store.