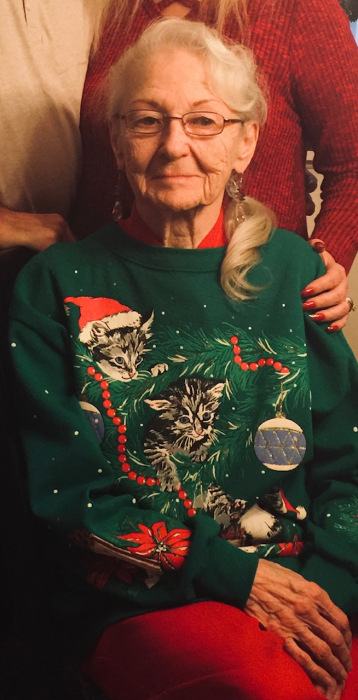 Rose Marie Markey, 89, of Cold Spring unexpectedly entered into rest with her Lord and Savior on Thursday, March 11, 2021.

Rose Marie was born to John and Rose Marie (Szalay) Curry in Brooklyn, NY, and was later raised with her younger sister Joan and brother Brian. At age 10, she moved with her family to Maspeth, Long Island, NY, where she attended St. Stanislaus Catholic School and then attended and graduated from Grover Cleveland High School.

She met John Markey when they were both working for the telephone company in New York City, they married and moved to Bethpage, Long Island, NY. Rose Marie and John had two children, Jacquelin and Gregg, whom they later raised in Mohegan Lake, NY.

For the majority of her career, Rose Marie worked for Chase Manhattan Bank. She advanced within the company, and was very proud of her accomplishments during her tenure. She retired from Chase in 1992 as a Branch Manager.

Rose Marie was an involved member of the Cold Spring community for over 30 years, serving on several boards, including an active role in her Home Owner’s Association. She enjoyed volunteering with the seniors in her community, often driving them to errands and appointments when she herself was still driving.

She was also a devoted cat lover. For much of her lifetime, she was accompanied by a feline friend or two, she also volunteered with a local cat sanctuary/humane society. Her hobbies included collecting cat themed items and frog figurines. She also had a love for Japanese art and culture.

She is survived by her sister Joan Curry, children Jacquelin Deatcher and Gregg Markey (wife Michele), her three grandchildren Jessica (Deatcher) Page (husband Jonathan), Amanda and Justin Markey, and a great-grandson on the way.

Funeral arrangements and a celebration of life will be held at a later date, when friends and family can gather together safely. In lieu of flowers, memorial contributions can be made to the ASPCA in her name.

To order memorial trees or send flowers to the family in memory of Rose Marie Markey, please visit our flower store.