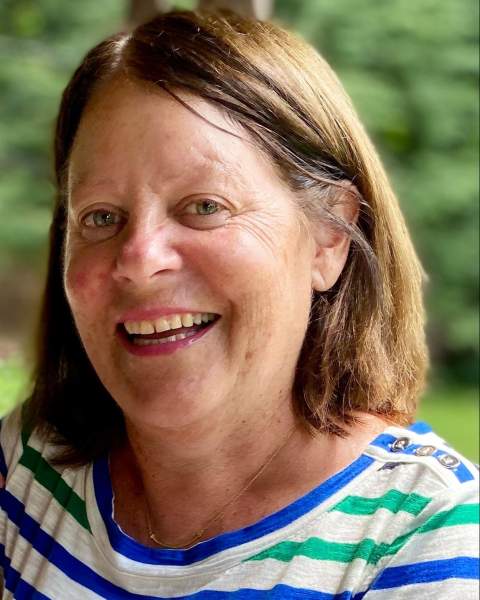 Susan Alice Fitzgerald, 70, a former resident of Garrison, passed away peacefully at home on Tuesday September 6, 2022.  Sue was born to the late George and Alice Harper on March 23, 1952 in Wantagh, NY. Growing up in Stewart Manor, Long Island with her two siblings, Bob and Joanne, shaped Sue’s formative years and resulted in a lifetime of love for the beach, card playing, bakeries, and friendship.  She graduated from Maria Regina Diocesan High School in 1970 and Fairfield University in 1974. It was during high school that she met the love of her life, Joe, at a Saint Ann’s Sodality dance in Garden City.  For the next 56 years, Joe would struggle to keep up with an aggressive social calendar that would lead to wonderful memories. Together, they fumbled through high school, college and city living until they ultimately built a life in Garrison where they raised their two children, Brian and Jillian.  Initially Sue stayed home with the kids, orchestrated a playgroup, joined the PTA, led cub scouts and occasionally escaped for drinks with friends. Once her children were in school, she returned to her career as an insurance adjuster and retired as Vice President and Chief Claims Officer at AXA Insurance Company. She enjoyed her work, but what consumed her later in life were her grandchildren.  They were everything to her and brought her so much joy. She shared with them her love for the beach, biking, swimming, and an infinite amount of energy. Much laughter and fun was shared in Huletts Landing and Charlestown, RI. She is survived by her husband, Joe, her children, Brian (Tara) Fitzgerald, and Jillian (Ryan) Bass, and her grandchildren: Jack, James, Alice and Emma.

Friends may call on Friday September 8, 2022 from 5-8pm at Clinton Funeral Home, 21 Parrott Street, Cold Spring.  All who knew her are invited to attend Sue’s Mass of Christian Burial will be celebrated at 10 a.m. on Saturday, September 10, at St. Augustine Catholic Church (located at: 381 North Highland Ave, Ossining, NY 10562).

In Lieu of flowers please consider a donation to the Daniel T. Fitzgerald Scholarship at Archbishop Molloy High School in Briarwood, NY https://www.molloyhs.org/apps/pages/index.jsp?uREC_ID=747812&type=d&pREC_ID=1160382.  Daniel was Sue's beloved Brother in Law.

For those unable to attend the funeral mass on Saturday ,the funeral will be livestreamed via the link below.