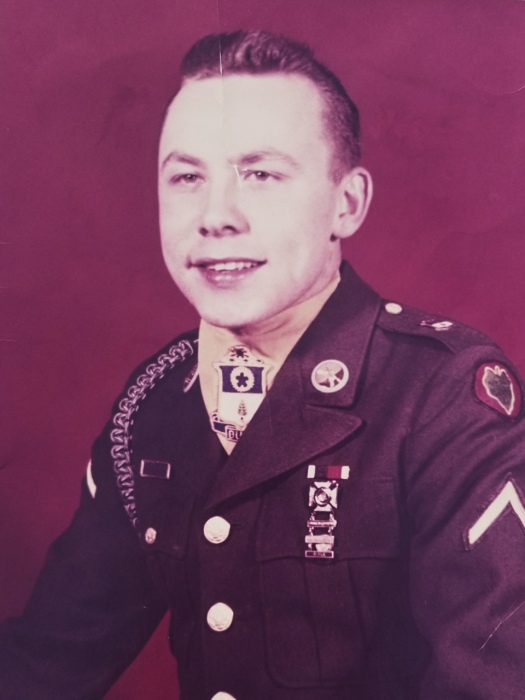 Ulrich ”Uli/Rick” Reichel of Cold Spring, NY and formerly of Ossining, NY, passed on to the next phase of his life at New York Presbyterian Hudson Valley Hospital in Peekskill, NY while surrounded by family, after a long illness.  He was 76 years old.

He was born in Austria on May 25, 1945, the youngest child of Rosalie Stolberg.

He was raised by his mother in post-World War II Butzbach, Germany. They immigrated to the United States in 1961 where Ulrich attended Ossining High School met lifetime friend, Jeffrey Masarek.  Together, they went on to serve in the US Army;  Ulrich was stationed in Munich, Germany at Headquarters Co., 1st Battalion, 21st Infantry Regiment of the 24th Infantry Division.  In Infantry Reconnaissance, he received medals for Good Conduct, National Defense Service and another for his assignment to patrol the Berlin Wall in West Berlin.

Upon his honorable discharge, Ulrich returned to Ossining, and married Karen Ingersoll.  At the start of their marriage, Ulrich was hired by Gerber Products Company, and welcomed two daughters.  He went on to enjoy a 41 year career with Gerber until his retirement.

Ulrich later met and married Barbara Rollins, who he loved with his whole heart for the last 30 years of his life.

A special blessing that Ulrich enjoyed was a shared love of classical music with his only grandchild, Christina.  As she found herself going down the path to a career in voice and opera studies, together, they discussed European repertoire, composers and operas – most notably Mahler, Mozart and Strauss. German diction was often a topic at our table.  Seeing her performances and hearing her voice was nothing short of a miracle for him and he encouraged her going forward at every opportunity.

Ulrich enjoyed bowling and swimming, and was a lifelong fan of the NY Jets and Rangers.

Throughout his days, Ulrich kept his circle small and tight.  Although he presented with a tough shell on the outside, if you really understood him, you knew that he was all about love. He will be missed.

Ulrich was predeceased by his beloved mother, Rosalie Stolberg of Butzbach, Germany.

A memorial service is being arranged for a later date.

To order memorial trees or send flowers to the family in memory of Ulrich Reichel, please visit our flower store.